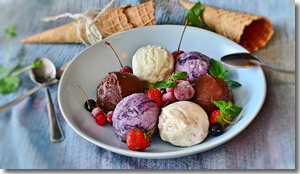 In addition to the traditional holidays of Mother's Day and Memorial Day, there are many more celebratory days in May!

Use these "holidays" as inspiration to built a display of books, audiobooks, and DVDs, both at your library and on social media: