8 Success Stories You May Have Missed in November 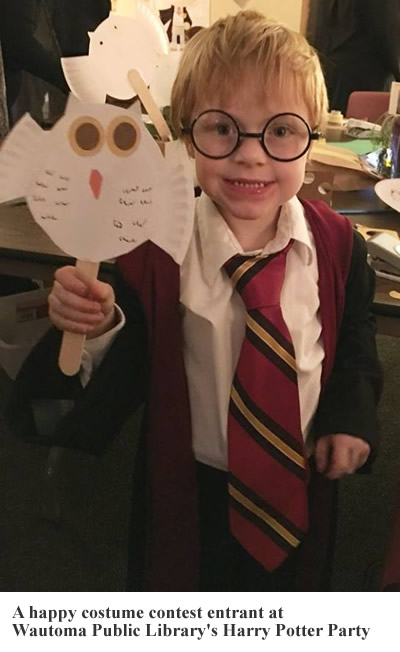 ⇒ Renovations to the lower level of the Caestecker Public Library in Green Lake are underway: improvements include a larger program/meeting room with a screen & projector, a hearing loop, restrooms, and an upgrade to the book sale area. The Caestecker Library Foundation is paying for the bulk of the renovations, and the Friends of the Library and the Library Board have also contributed funds.  Because this renovated space will need furniture (90 chairs and 25 tables), they set up a donaton page at Crowdwise and kicked off a "Save a Seat For Me!" fundraising campaign they hope will raise $25,000 by the end of 2016; it must be working, because in just 2 weeks they reached 18% ($4500) of their $25,000 goal.

⇒ Pillar & Vine, a foster care agency in Brandon, donated 2 laptop computers to the Brandon Public Library. "One of the two donated laptops will be used by staff for workshops, projects and mobile work, while the other will be added to the public stations." Pillar & Vine has been a supporter of the library since the foster care agency was establishment in 2014. In addition, the library received a grant through the Fond du Lac Area Foundation in a partnership through Marian University to purchase two more laptops for public use.

⇒ The Endeavor Library hosted a book talk and signing for local author Kristin Oakley. She's writing a series of novels set in a fictional rural town of Endeavor, which is is loosely based on the real Endeavor, "and there are some references to Endeavor that you will recognize" as you read her latest book.

⇒ The first time the Carter Memorial Library in Omro hosted "The Story of the Foote Mansion" presentation by local historian & former Eureka resident Dan Butkiewicz, it was standing room only in the library's meeting room. Back by popular demand, the library's encore presentation was again filled to capacity with attendees!

⇒ As part of fundraising for Princeton Public Library's expansion project, they've set up a GoFundMe page to collect donations online. To spread the word, they will forgive up to $10 in fines for those who share the link on Facebook.

⇒ Oshkosh Public Library is conducting a 3-month social media hashtag campaign called #myOshkoshLibrary, which encourages library users to post photos of themselves using the library in the building, at home, work or anywhere in the community. People are invited to 1) take a photo that shows how the library fits into your life; 2) like OPL's Facebook page or follow OPL on Twitter; 3) upload to Twitter with the #myOshkoshLibrary hashtag; 4) or post photos to OPL's Facebook page with #myOshkoshLibrary and @oshkoshlibrary. The goals for the campaign include "increasing engagement with the public via Twitter and Facebook, highlighting the different ways that people use the library (supporting our vision: A Library in Every Life), and fostering a feeling of ownership