Weird Programs That Were Surprisingly Successful 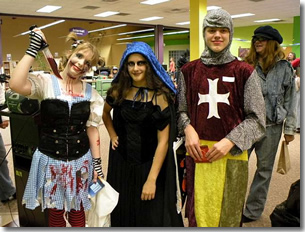 In the Programming Librarian Interest Group on Facebook there was a recent thread where librarians shared "bizarre programs that have been surprisingly successful."  Here are some examples that were shared; want to try any?