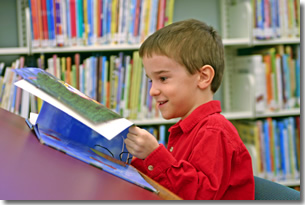 Want to increase circulation at your library? Consider trying some of the changes used by the Elkhart Lake (WI) Public Library that may have contributed to a 24% increase of their circulation of children’s materials. Betty McCartney wrote in the March 2013 issue of Eastern Shores Library System' Library Connection newsletter about the changes the library made in 2012; here's a sample:

And it's still working — Betty concluded the article by saying "Circulation statistics for January and February of 2013 show a continued increase in the circulation of Children’s materials over last year." The library saw an this increase in all categories (with the exception of VHS and books on cassette):

Get all the the details at Little Changes, Big Increases, and try some of their ideas at your library!