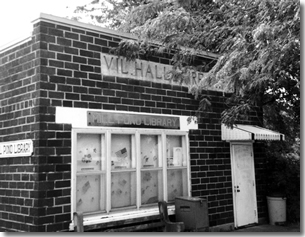 Big Talk From Small Libraries 2013 is a free one-day online conference you won't want to miss!

8:45 - 9am
Welcome to the Conference & Introductions

9 - 9:50am
I’m Gonna Make You Famous: Raising Awareness and Building Community on a Three-Inch Screen
The Schultz-Holmes Memorial Library in Blissfield, Michigan produces the Blissfield Reads series of videos for its Facebook page.  The first video, Blissfield Reads “The Raven,” doubled the number of people who liked the library’s Facebook page in 48 hours, doubling the number of people who get library updates from Facebook.  The videos have become a local topic of conversation, which makes the library a topic of conversation.  The program will focus on a step-by-step demonstration of the planning, recording, editing and marketing process for these videos which can cost little or nothing but time to produce.

10 - 10:50am
A Community Working Together
The Hopkins District Library in the past year has gone from a fading building with old books and shushing librarians to a place full of life through working with our community, technology, media and a little bit of creativity. Any size library can do it!  We will talk about pairing with schools, clubs, organizations, businesses, and how to secure funding to make this work.

Noon - 12:50pm
Lightning Round Presentations. 10 minutes each in the following order:

1 - 1:50pm
Oldies Night @ the Library
Oldies Night @ the Library is different from most programs libraries do.  It’s easy, it’s inexpensive, and it’s fun.  It’ll attract people who don’t otherwise visit your library.  It’s popular music of the not-so-distant past, which stirs up nostalgia and memories of high school years by taking you back to the days of Top 40 radio.  You’ll need an oldies music junkie, some oldies recordings, a bit of stereo equipment, and a room.  I’ll show you how we’ve combined those to create 3 hours of cheap, trashy rock ‘n’ roll once a month.  You can, too!

2 - 2:50pm
Circulating Electronics: The Good, the Bad, & the Ugly
Since 2008, the Pine River Library has offered a variety of electronics to their patrons. Circulating laptops, eReaders, mp3 players, and more can be good, bad, and even downright ugly. But offering patrons the chance to learn about emerging technologies is priceless. From setting up a new program at your library, to augmenting an existing program, Karen and Elizabeth will share their best-practice tips for circulating electronics.

3 - 3:50pm
Programming on a Shoestring Budget
The South Sioux City Public Library provides around 1,500 programs a year with a programming budget of $3,000.00. How are we able to do it? We rely on donations, volunteers, and we have a staff that is dedicated to making a difference in the lives of our  patrons.  In the past three years program participation has increased from 2000 participants to 9000 participants.  We will discuss the types of programs offered, recruiting volunteers, and how to receive donations or grants.

4 - 4:50pm
Small Information Campaign Gets Big Numbers at the Polls
In November of 2012 the Broadview Public Library District (IL) had a bond measure on the Ballot for $4.1 million to renovate and expand their current library.  Despite having a community which was hit hard with the economic downturn the Library measure passed with an overwhelming 81% support.  Both the Library Director Melissa Gardner and Library Trustee Katrina Arnold will speak giving two different perspectives on the various components of our informational campaign that lead us to this success.  We did it with a few dedicated people and feel that others can do it too.  Among other things we will share: Panning and the role it played, what publicity was put out, our door-to-door campaign, success and thanking the public, and next steps in the process and where we are now.

This conference is organized and hosted by Michael Sauers, Laura Johnson, and Christa Burns of the Nebraska Library Commission and is co-sponsored by the Association for Small & Rural Libraries.