Tips for Circulating Games at Your Library 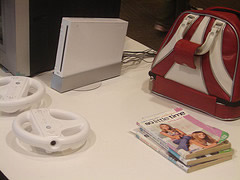 Dave E. Goldfein posted on the WisPubLib discussion list, "We are considering establishing a collection of console games to circulate here at La Crosse public library. Can everyone share what they are doing related to console games?" You can read all the responses here. Dave said:

In summary it looks like the games circ like mad and there is not much issue with theft.  Wii games followed by Xbox360 and PS2 seem to be the most popular.

He received lots of responses to these specific questions:

Samples of some of the replies he got:

Read all the responses here.